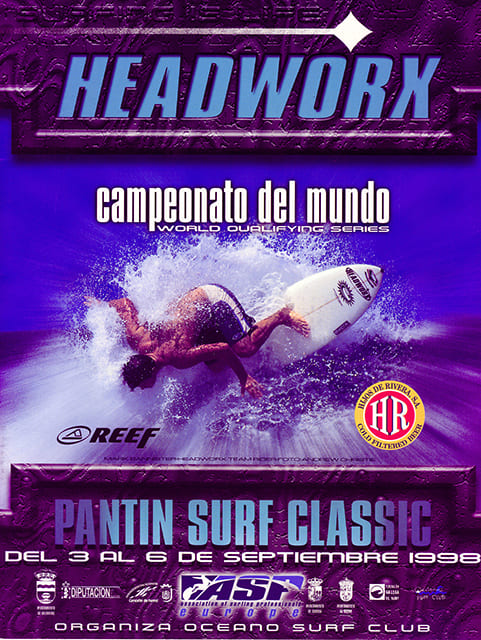 Headworx is the new main sponsor in the championship that first reaches its maximum category 4 stars, and will be remembered for its huge waves that reached 6 meters high by the arrival in Galicia tail of Hurricane Danielle.

The winner was the South African Sean Holmes that an award of $ 4,000 is carried.

Surfrider Foundation mounted by first year on the test stand.

Unlike other sports involving surfing fundamentally, independent of the human factor,  that can make so resounding success or failure of a championship edition: the waves. In 1998 converged all weather elements that made this edition a historic recall issue.


Monday August 31, 1998: After a relaxing weekend of parties coming through Internet indicate that the tails of Hurricanes Bonnie and Danielle are generating huge waves that swept the Atlantic Galicia in the coming days. Three days left for the start of the championship. 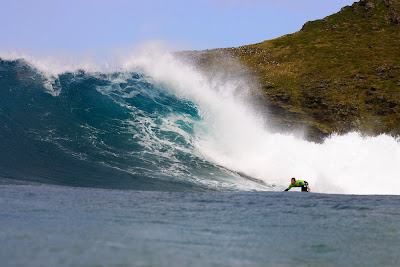 Wednesday 2 September: from Tuesday the sea has begun to gain size and Wednesday, conditions are perfect for the training of professional surfers who come to the beach. Jeff Klügel, ASP judge, tells us that before coming to Pantin has been enjoying the waves generated by Danielle in American East Coast, and confirms that the hurricane moves to Europe. Have the luxury of enjoying the same hurricane waves on both sides of the Atlantic. 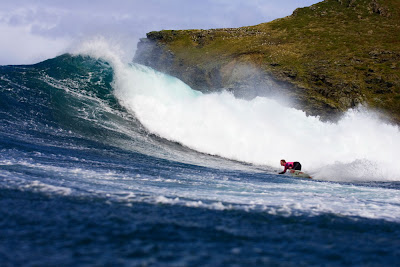 Thursday 3 September: the championship starts with excellent condition and with an eye to the parties confirm that something big will happen.

Friday 4th of September:  sea goes a bit down, but forecasts announced on Sunday an increase wild from 2.9 to 5 meters wave height in just 6 hours.

Saturday 5th of September: Saturday dawns with a roaring Pantín confirming forecasts. Waves over three meters are the standard, but large series and reach 5 meters. Aitor, ASP head judge of Europe, says this is the coup and announced that the sea will go down. At the end of the day Clyde Martin, Antonio Valcarcel and people Ociosport organize everything by morning had to find an alternative solution and move the championship Villarube. Arriving home internet relieves the sea not only has not begun to fall but will continue to grow and reach 6 meters from midday Sunday, just for the final. 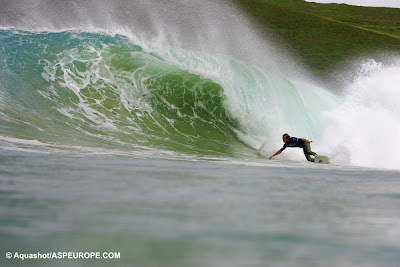 Sunday 6th September: Clyde barely sleeps that night and before dawn is already in Pantín watching the sea. Everything is ready for transfer to Villarube. But at 8:30 in the morning just perfect medium breaks and meter on the right, but no one in the water. All surfers are preparing their tables more largas.Arrancan sleeves and factory starts to freak waves. The sea grows and grows and grows, but always maintaining a certain order with a high percentage of the largest waves crashing perfectly. At three p.m. Renato Hickel, head of the international ASP judges, appointed for the first time to Hawaii: “climbing fast as in the islands and is being marketed as Sunset”. It was decided to change the expression session awards: first prize for the biggest wave. Steve Clements is not cut at nothing and launches a wave of 5 meters. However it falls. Return to peak and takes a bigger one.Para the end you have to collect all the infrastructure set up on the beach. Nevertheless a huge wave takes the  camera and backpack of Occy Paul . The following drag a dumpster on which Antonio Sage launches to prevent waste from ending up in the sea. At sea there is no stopping it. The show is in the water, on the shore, in the audience.
Source: desde la Croa
PreviousPrevious post:1997
NextNext post:1999