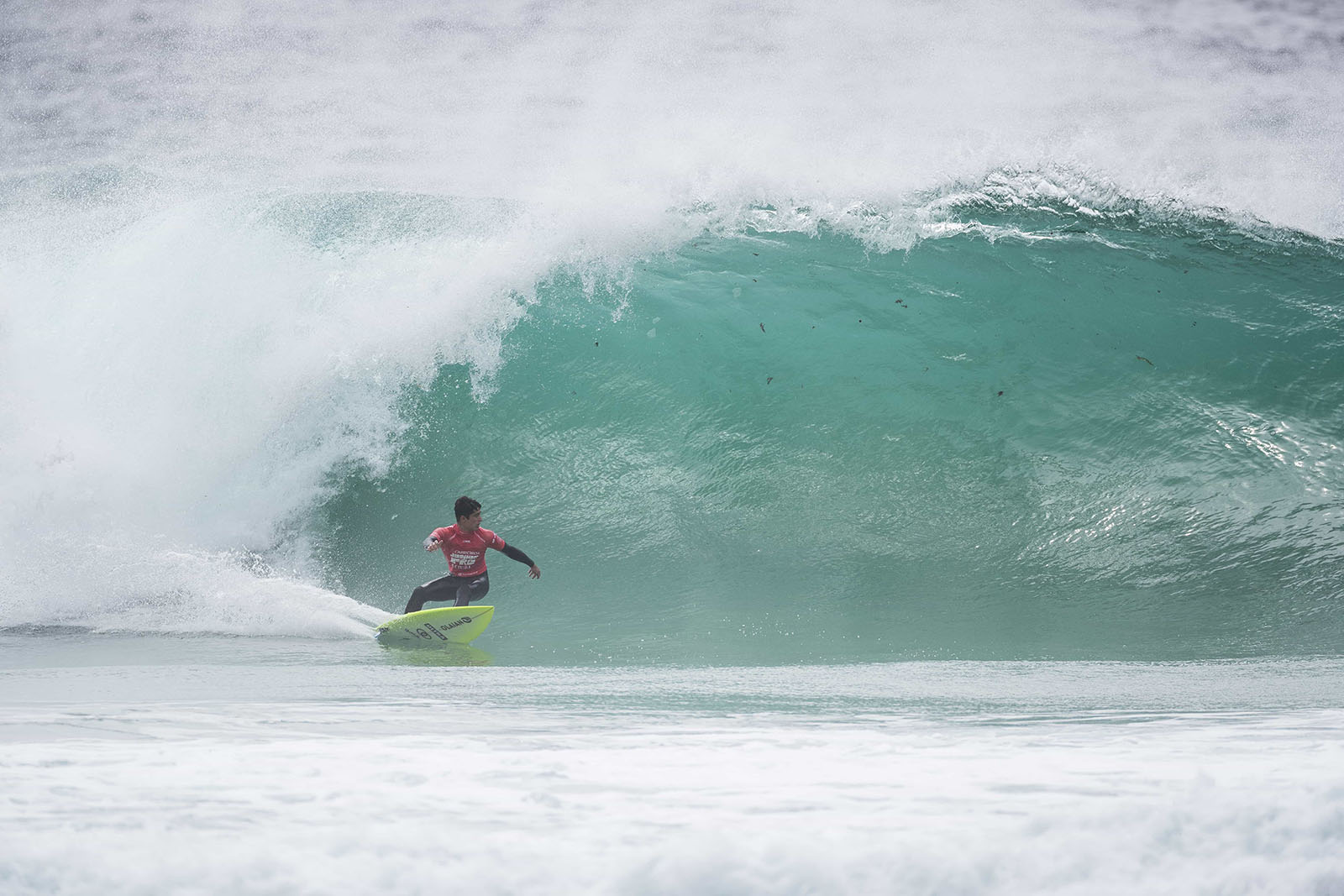 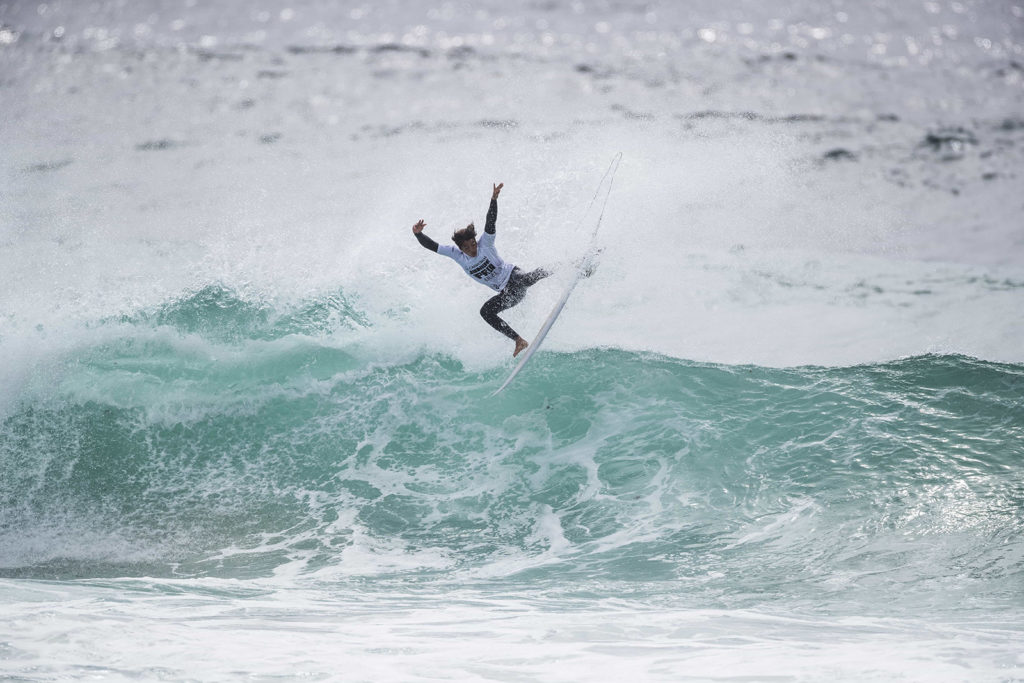 Another great day of competition has been wrapped up at CABREIROÁ JUNIOR PRO FERROL 2022 with a highly competitive level by the participants.

Portuguese surfers have been the protagonists of this day, getting some of the highest scores. Francisco Mittermayer breaks out with the best wave of the day with an incredible 9 out of 10 points, also obtaining the highest total score, with 15 points. He commented that his strategy for this week is to enjoy the most of these waves to continue advancing in the competition.

Joao Roque, Santiago Graca, and Rafael Silva stood out with total scores of 12.30, 12.17, and 10.43 respectively. Rafael Silva commented that his heat was tough, as he is facing high-level competitors, but that the waves have been incredible and are expected to improve even more tomorrow.

Following close behind was Italy’s Francesco Lazzarini with one of the best performances of the day and an impressive total score of 14.50 points. Although he said his heat was difficult, he got two good waves and is ready to compete tomorrow.

Among the outstanding players advancing to the third round, are the Basques Iker Trigueros and Keoni Lasa, Ireland’s Dylan Donegan, and Portugal’s Martim Nunes and Francisco Queimado.

The action will pick up tomorrow Thursday from 9:00 a.m with the World Junior Tour event of the World Surf League (WSL) at Doniños beach, Ferrol. 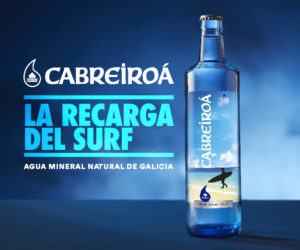 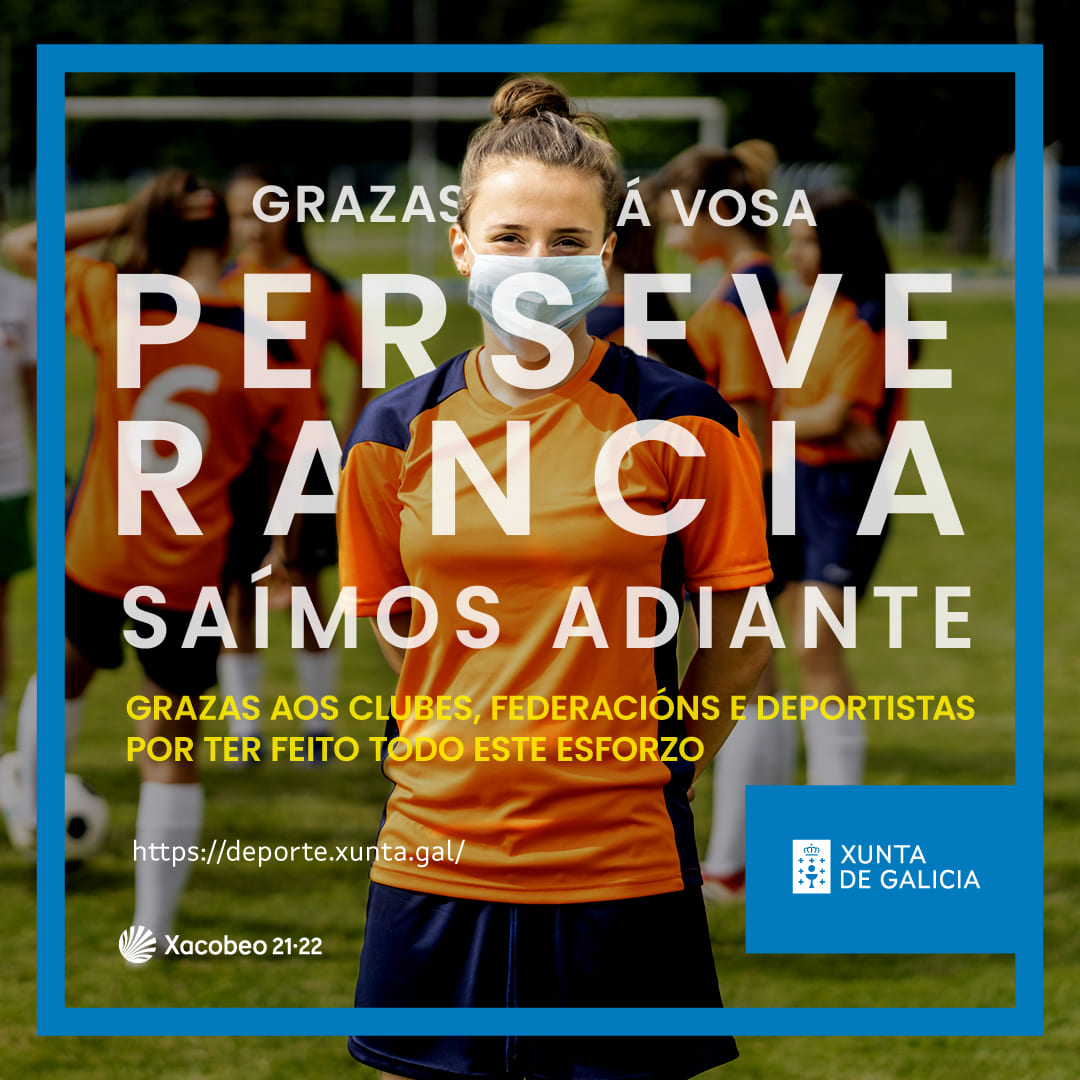