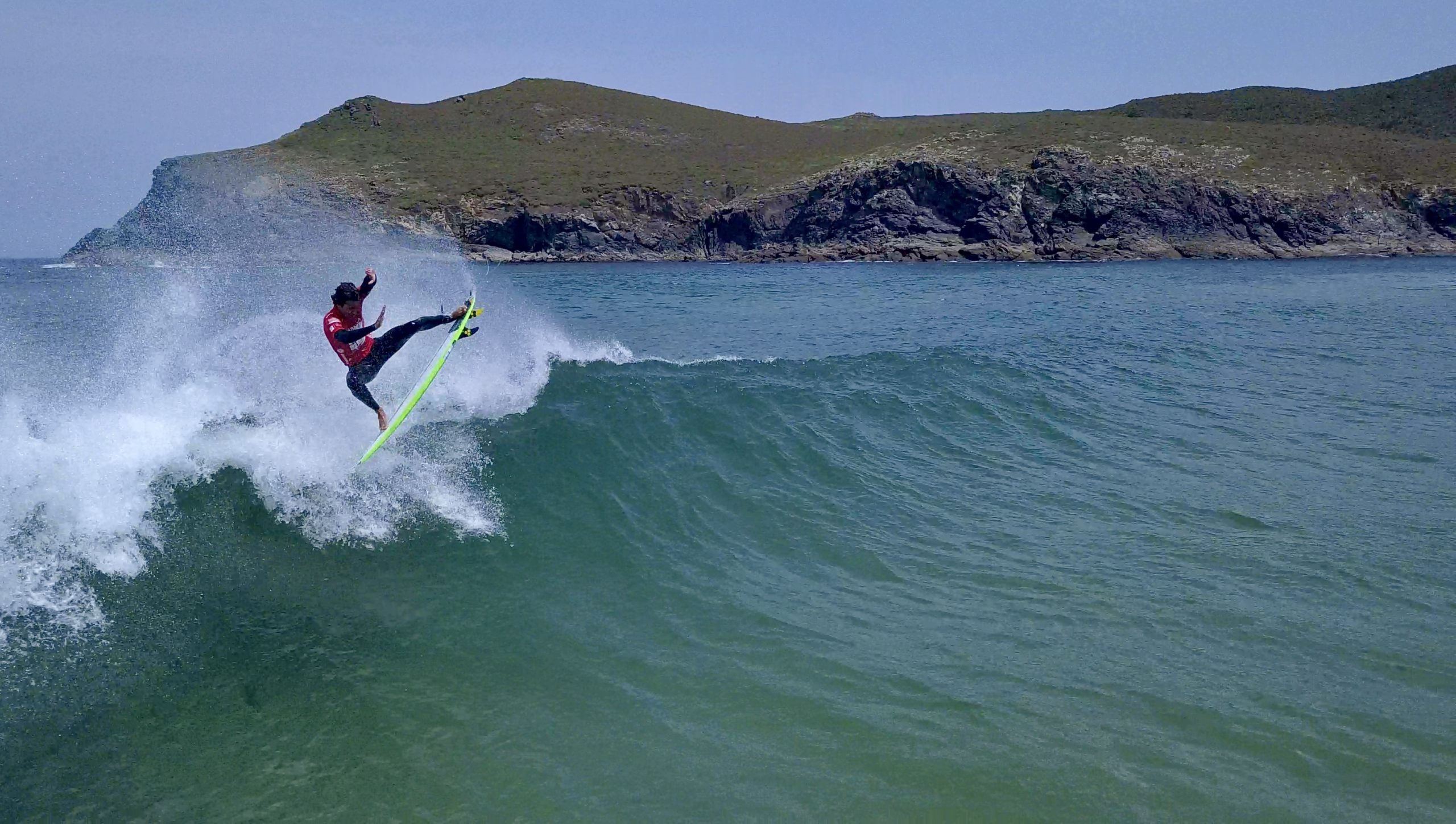 The third day of competition ended with the celebration of the quarterfinals in the men’s and women’s categories and the competitors giving their best to get the coveted pass to the semifinals.

In the women’s category, the first semifinal will have a Portuguese accent and will pit Yolanda Hopkins and Teresa Bonvalot against each other. Both surfers have stood out during the competition and will now face each other in the semifinal.

Yolanda Hopkins, who faced the French Pauline Ado, commented that her heat “was complicated, Pauline is a very good competitor, but I managed to overtake, and I caught two good waves to advance”. Teresa Bonvalot, who won the 2020 edition, expressed that she is ready to take the victory in Pantín, “a place that holds a special place for me”.

The second women’s semifinal will pit Breton’s Alys Barton against Germany’s Rachel Presti. These two surfers advance with very good scores, highlighting Rachel Presti, who got the highest score in her category on the day with 13.76 total points.

Then it was the turn of the men’s category. The winner of the last edition, Adur Amatriain, comes determined to defend the title and advances to the semifinals with the highest total score of the event so far, with 16.10 points. Joining him in the semifinal will be Luis Díaz from the Canary Islands.

And it will be Spain’s Kai Odriozola and France’s Tiago Carrique who will face each other in the second semifinal, with the latter leading in his heat by getting the best wave of the event so far, with an incredible 9 out of 10. “The waves have been great, I’m really happy to have come through against such a strong opponent,” he said.