Yolanda Hopkins and Jonathan González unstoppable before the quarterfinals. 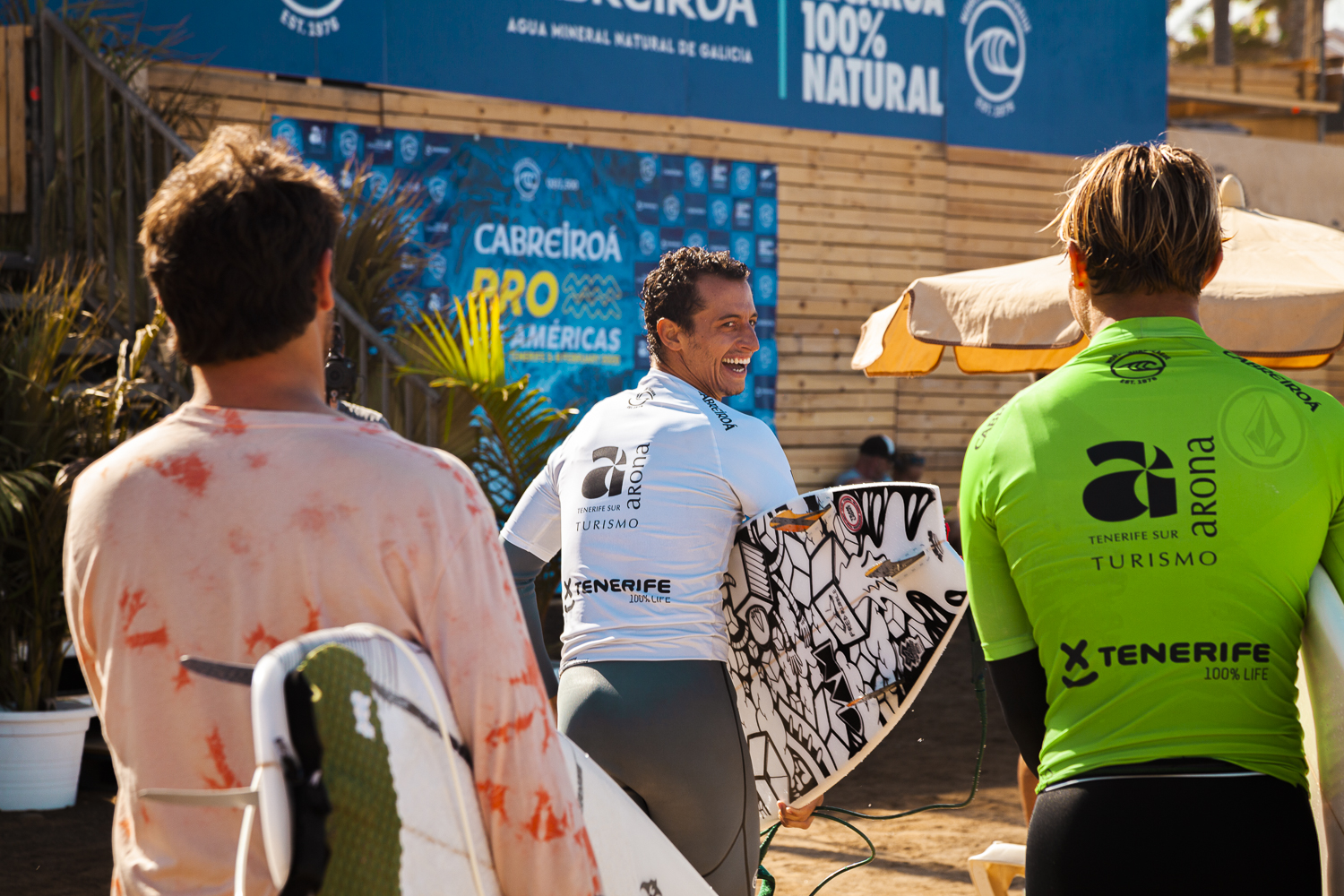 Yolanda Hopkins heat wins into the Quarterfinals with the top wave of the day with a score of 8,07.

In this first session of the morning, the third round of the female category and the fifth in the men’s were battled, being the last ones before the so awaited Quarterfinals of Cabreiroá Pro Las Américas 2020.

Yolanda Hopkins, the Portuguese surfer, is still running alive with epic performances at Cabreiroá Pro Las Américas 2020. She got the top wave in the opening round of the day with 8,07 points over 10. Hopkins commented on how stoked she is being here, having the chance to surf such beautiful waves and that she is up for the win.

Ariane Ochoa, the competitor from the Vasque Country also qualified for the Quarterfinals, told us she is stoked to be back at Tenerife with such perfect waves. She began the competition feeling comfortable and suiting her surf to the local wave, thus earning great heats.

Jonathan González and Luis Díaz, Canarian surfers, unstoppable on their way to the quarterfinals. Jonathan managed to fend off his opponents and advanced in first place keeping his run alive, with a heavy wave of 9,53. Following closely, Luis, who earned a 9 points’ wave, only surpassed by Frenchman Gaspard Larsonneur, who got a great score of 9,07 on his top wave.

On the other hand, in the male category, the pairs will be composed by Jonathan González (SPAIN) along with Maxime Huscenot (FRANCE), Luis Díaz (SPAIN) and Thomas Debierre (FRANCE), Gaspard Larsonneur (FRANCE) with Renan Grainville (FRANCE) and Justin Becret (FRANCE) along with Lenni Jensen (GERMANY).

The Cabreiroá Pro Las Américas is more than a surf event, during the weekend, from Friday, 7 to Sunday, 9 February, a variety of activities will also be held, from talks to workshops, belonging to Cabreiroá Eco-Logic project.

Today, February 7, the activities begin at 4:00 p.m. with a workshop where you can learn how to repair a surfboard, followed by a talk in which great talents of female surfing and bodyboarding will be announced. In the end, a skate surfing workshop will begin for the little ones.